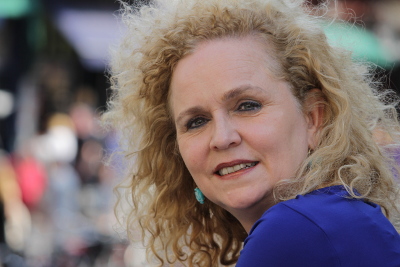 A few months ago I asked a group of students, who of our present world and corporate leaders according to them qualified as a good leader. They did not mention one name. None. I rephrased the question and asked them what qualifies a good leader according to them. In choir they answered they should not be narcists, egocentric, megalomaniac, only care about themselves.

This small story for me illustrates the crisis in leadership we are having in the world. Our notions and understanding about leadership must be reviewed fundamentally it seems. But how?

During the time I was studying I developed a fascination for complexity science. At that time this was an experimental approach which sought to understand reality from a totally different perspective, than mainstream thinking. The fascinating world of complex systems which abound in nature. Living systems. Ants, swarms of birds, people. They teach us a lot about leadership, collaboration, team-spirit.

In complex systems leadership is not based on power nor authority. It self-organizes. Study bees, ants, birds and you will be left in awe at how amazingly intricate, complex and organized their behaviour is. Leadership is also not a role that only is played by one person. It may rotate, depending on what is required. So leaderships is always in function of what the collective needs. It is this, which determines who the leader is and for how long. Leadership then is about serving and facilitating the process.

In my life I have had different leaders – as managers, bosses, CEO’s, Board Members. I have lead people myself in different roles. And discovered a very important lesson. That the value of a leader is not accomplished by the successes achieved or the goals attained. Good leadership most of all is measured by the extent to which the people one leads are successful at what they do. They are propelled into action to achieve things they could not imagine they are capable of.

I had a recent example during one of the training programs I developed to teach individual leadership. She is a young woman from Saudi-Arabia. Growing up in a country which makes women invisible had been very difficult for her. She had to unchain herself, by leaving her country and moving to Turkey where I met her.

She joined my training not exactly knowing what to expect. It was a 5 day program where students were asked to go on a journey to rediscover their talents and dreams and then think about ways to make them happen. She was sceptical at the start. But I saw the transformation taking place as she started to empower herself by allowing herself to explore what her real passion is. She shared so many stories about her past she had forgotten about. And started to see herself in another light. She blossomed. Had a wonderful idea for a social enterprise.

She was interviewed by national TV to talk about the program and what it meant for her. The interviewer had asked to talk to me about the program and whether it had been a success. I refused and said: My success is measured by their success, so they must speak, not I. And she did, this beautiful lotus flower from Saudi Arabia and I was immensely proud to see her shine like she did.